I’m a writing mentor for a teenage girl, so I’m always looking for ways to help her dive beneath the surface level of her writing and connect with her own creativity. Often this means retrieving various lessons I absorbed from my own mentors over the years.

Here’s one that solves a lot of writing problems: go to sleep and let your unconscious do the work. 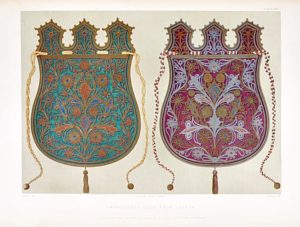 I learned this tactic from an author whose book I edited when I worked for a publisher. Carol (I’ll call her) was preceded by her reputation: she drove everyone crazy. But when I met her I realized she was just extremely right-brained, by which I mean she operated as far from logic and linear thinking as a person could and still be a full professor at a prestigious, male-dominated university. She had gotten her Ph.D., at a time when few women got Ph.D.’s, at another, similar university that was then quite hostile to women scholars, especially those who didn’t “think like men.” As I reconstruct it, she survived by surrounding herself with a kind of fog that made everything slightly unclear, effectively bamboozling the male professors who otherwise would have prevented her from doing her research the way she wanted.

She’d certainly created a muddle at my office. Her book was to have many illustrations, but nobody knew exactly how many. The acquiring editor, the art director, the production department, all gave me a different number. Under cover of this confusion Carol was set to slip far too many photos into her book, except that I went and checked her contract. When she showed up with an armload of prints, I said, “Your contract only calls for 100, so you have to cut 20 of these.” To my surprise, she went off happily and did it. I realized later that when she met me she knew intuitively that I couldn’t be muddled but was also very much on her wavelength—and she was actually relieved that I had cut through the confusion.

So we got to be friendly, and she told me a couple of stories about how she worked that shape how I function to this day.

Back before computers (not to mention the internet), authors took notes using index cards. On each card you recorded one fact (or maybe a couple of related facts). You organized your book by arranging your cards. Most people filed them in shoeboxes. One box might hold all the cards for a chapter, sorted in order. You pulled each card in turn out of the box and wrote its fact into your text.

But Carol made notes on little slips of paper which she threw into a bag. Whenever she needed to find one, she had to paw through the entire contents. (Knowing her, I visualize it as an embroidered silk or velvet bag.) “It took me six months longer than anyone else to write my dissertation,” she told me, “but going through all my research over and over like that enabled me to thoroughly absorb it and deeply integrate it into my thinking.”

This story inspired me when I did my own research for my two books, Slaying the Mermaid and The Women Outside. I disliked index cards, so I took notes on yellow lined pads. (No laptops then to take to the library; no phones to photograph pages.) My facts weren’t as thoroughly mixed up as Carol’s, but I still had to read through everything when I was hunting some detail. Computer searches are a lot more efficient, but Carol was right—your material doesn’t sink in in the same way.

“When I have a writing problem,” she confided, “I just put it into my mind before I go to sleep at night. Then in the morning, I know the answer.”

I’ve never done this precisely, but I’ve learned that the unconscious does a lot of work in the background while you’re otherwise occupied. If I’m not sure exactly how to frame an article, or how to express a certain idea, I have a choice: I can sit at my desk for hours and beat my brains out trying to come up with a solution. Or I can write the piece out as best I can, then put it aside and forget it for a couple of days. When I next pull it up onscreen, I pause at the first problematic passage and the right phrasing or idea pops into my head.

This is why I try never to let assignments go til the last minute. I always want about two days of off-time to let my unconscious do the heavy lifting. Not that I don’t still sweat my brains out. But I do it so much more efficiently!