This month’s assignment for my Girls Write Now mentoring program  was “found poetry.”

There are several ways to “find” a poem, but our assignment was an “erasure poem,” where you take an existing text and black out lines and words. The poem is what’s left, rather like Michaelangelo and the block of marble.

I was in a stream-of-consciousness sort of mood, so I  downloaded a transcript of a Trump campaign speech, and to my surprise—since I’m in no way a poet—produced something that I rather like. (WordPress doesn’t let me reproduce the line breaks nicely, so I turned it into a photo, below.) END_OF_DOCUMENT_TOKEN_TO_BE_REPLACED 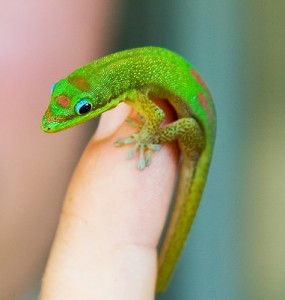 If ever your brain battery feels dead, this exercise will give you a recharge. I learned it in my Girls Write Now mentoring program and tried it out with Winkie Ma, my teenage mentee.

Start by generating a random list of 5 words. We used a smartphone set to Swype. Squiggle a finger across the keyboard and it’ll pop out a word. We took turns doing this til we had five words. (Half the fun is inventing new swyping patterns and seeing what words you get.) You can also use a website like this one to generate your words. Or there’s the pre-digital close-your-eyes-and-stab-a-finger-on-a-dictionary-page technique.

Now set a timer. You have 5 minutes to write something—anything—that includes all 5 words. To make it harder you can require that the words be used in the order they were generated in (we didn’t).

I’m not good under time pressure so was gratified by how quickly my brain woke up and produced a coherent piece of text for each set of words. And it was probably the most fun of everything we did this year.

(I was impressed that Swype knew the word “gecko.”)

As climate change warms the earth, my skin begins to chap under the hot dry sun. Before long, I’ll be as leathery and warty as a gecko. And I won’t be alone. The sun shines on everyone—kings, queens, and commoners. It omits none from its intense, baking attention.

“That’s dark!” Winkie exclaimed when I read it to her. Her own invention was sunnier:

“Oh, Lizzy,” the king sighed, slumping into his diamond-encrusted throne. “You won’t believe the day I’ve had so far.”

The king’s gecko glanced back at him, its tongue flickering. The king took this as an invitation to continue.

“It’s been so hectic. Nearly the whole declaration had to be omitted because of how vile my writers are. Then, I lost my speech, and the media was not impressed. And just now, my subjects burned my robe!” he exclaimed, showing off the burnt edges of the silk. “It’s just been so long.”

Lizzy looked back and cocked its head.

The king smiled. “Lizzy, you’re such a down-to-earth chap. You’re my only true friend here. You know that?”

The gecko snaked its way to the king’s shoulder, and both of them took a nap in peace.

I particularly enjoy the way the same group of words evokes such disparate visions. It reminds me, when I feel stuck in well-worn phrases, that writing is infinite.

And so, it seems, are the varieties of geckos. 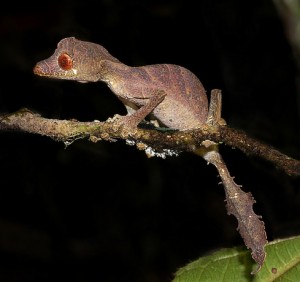 You might think a choreographer wouldn’t have much to say to writers, but you’d be wrong. Twyla Tharp has been creating dances for a long time, and from what I can tell has fought and won all the battles involved in making something out of nothing. Her book The Creative Habit: Learn It and Use It for Life absolutely nails the issues any creative person faces.

For example: “Writer’s block means your engine has shut down and the tank is empty. Being blocked is most often a failure of nerve, with only one solution: Do something—anything.”

Then she gives a bunch of exercises to “do.” What’s key for me is that most involve moving your body. One more quote: “I can’t say enough about the connection between body and mind; when you stimulate your body, your brain comes alive in ways you can’t simulate in a sedentary position.”

This is true. Being a dancer was never even on my radar. Even those group exercises where you act out a name or word or idea always made me feel awkward and dull. But I decided to try a couple of Tharp’s ideas. That is, I had to force myself. The level of resistance was astonishing. But I got on the floor and assumed the postion for Egg: knees bent up to my chin, arms hugging them. Nowhere to go from here but out—somewhere. Tharp lists Exploded Egg, Scrambled Egg, and Egg-Cited as some “eggs” that her students have come up with. I managed Rolling Egg and something I’m calling Flailing Egg.

I noticed that the movement was fueled by the tension in my body. That is, initiating the movement gave the tension a place to go. Then it took over and shaped the movement. I didn’t need to figure out where to move next; I just went along for the ride. The movement broke open the shell of tension (or resistance), and the idea for this post popped right out of the crack.

Doing these exercises went beyond the old “go for a walk when you’re stuck” idea. It was more formal, more structured, focused directly at making something. More powerful.

Have you had an experience of this kind of movement sparking an idea, plan, other inspiration? I’d love to hear about it.

In a race to beat the other Stephanie Goldens out there, I got myself an invite to Google+, and secured possession of—my name.  A real coup, right? I haven’t learned yet how to use Google+, but once I do, it’ll be a big boost to my career… right?

Not according to computer scientist Jaron Lanier, who says social media just reduce everyone to little more than the database fields they fill in to create their profile. In his manifesto You Are Not a Gadget, he attacks two notions popular among his community of techies: 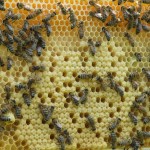 Together, he says, these ideas degrade the concept of personhood, which loses its individuality and (more important, to my mind) the mystery of its being and its spiritual quality. In his book Of a Fire on the Moon, about the NASA space program, Norman Mailer developed a rather mystical notion that machines contained a soul. For him this was a metaphor for what he saw as the heroic man/machine enterprise that climaxed in the moon landing. The contemporary idea that machines can be conscious is just flat—the opposite of heroic, the antithesis of human.

Devaluing individuality wipes out true creativity, which requires the singular vision that arises only from ineffable, individual personhood. That, says Lanier, is why online culture so often just rehashes cultural material from the pre-internet era (really original stuff being in short supply.)

The flattening of individuals into a “hive” also undermines the concept of authorship. To me—an author—this is the true horror. There’s a notion that all books should become “one book” once they’re digitized and put online. Then anyone can take any fragment out of context and “mash” it with any other fragment. Lanier makes the very good point that online mashups destroy the original context in which a work is made, which then destroys their meaning.

In terms of my Venn diagram, the inspiration circle simply falls out of the picture. A whole piece of my personhood is gone. Once I figure out how to use Google+, will I just be buzzing around the global hive, as my mind melds into a single worker-bee brain?